Helping in Times of Crisis

Nestlé along with the rest of New Zealand and the world were shocked at the damage, devastation and loss of life in Christchurch earthquakes. 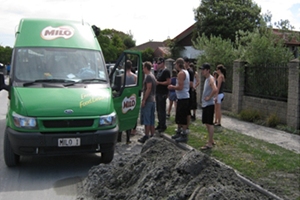 The MILO and MAGGI sampling vans were sent to Christchurch during September 2010, February 2011 and June 2011 where they gave out hot and cold drinks plus KIT KAT and MILKYBAR to homeless people and the army of volunteers involved in the clean-up.

After the February quake, Nestlé immediately supported the people of Christchurch by donating over $100,000 of food and beverages (coffee, MILO, noodles and confectionery) to Salvation Army and petfood to Pet Rescue centres. This was coordinated by the New Zealand Food and Grocery Council to ensure that appropriate food was delivered in a timely manner to the right people. 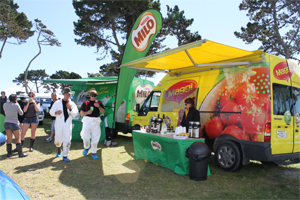 On 5th October 2011, the container ship Rena ran aground on Astrolabe Reef off the coast of Tauranga. In the massive effort to assist the volunteers and workers clean up the beautiful beaches of the Bay of Plenty, the MAGGI and MILO vans were despatched on 3 separate weekends to help feed and hydrate the workers.  The initiative was most appreciated with comments such as " Great to see our local businesses supporting their countryfolk in need".