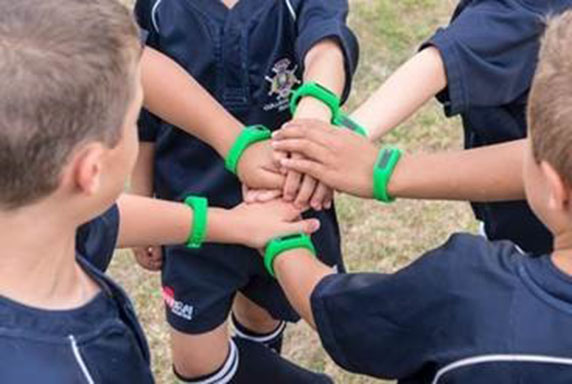 A recent survey of Kiwi parents found over half of New Zealand children aren’t getting enough exercise to meet the recommended daily guidelines of at least 60 minutes per day (1).

The survey, commissioned by MILO, revealed that half of parents (56 per cent) struggle to motivate their kids to get active, while nearly half have difficulty monitoring their child’s nutritional intake.

To help make it easier for parents, Nestlé has launched the MILO Champions Squad – a new activity tracker, with a downloadable app, specifically designed to help kids have fun and be active.

• More than half of Kiwi children are getting less than the daily recommended amount of exercise
• Majority of parents struggle to motivate kids to be active
• Increasing battle to monitor kids’ activity and diet
• Parents worry this could lead to development of bad habits, health problems and low self esteem

Champion Netballer, Maria Tutaia, has been working with MILO to develop exclusive sporting tips for kids using the interactive app.

“The app is a great way for the next generation of Kiwi kids to get active, while supporting parents as they teach their children how to love exercise, and encourage healthy eating,” Ms Tutaia said.

The MILO Champions Band syncs to a dedicated mobile app which helps to keep track of physical exercise in an engaging and positive way. Children can use the MILO Champions Band app to create their own interactive avatar, track their activity, learn new skills across a variety of sports from international athletes, and compete in physical activity challenges with their friends. 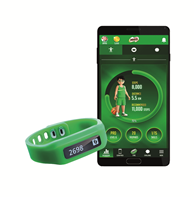 When the tracker is used in conjunction with the MILO ANZ Champions app, which can be downloaded via the App Store or Google Play, parents can monitor their children’s physical activity and help them maintain a balanced diet by using the nutritional calculator.

Nestlé Oceania Market Nutritionist, Megan Darragh, said it’s important to encourage kids to eat a wide variety of healthy foods when they are young to set them up with good habits for the future.

“We know from the survey that almost a third (29%) of parents worry that their children will grow up to be unhealthy adults,” Ms Darragh said.

“The goal of the MILO Champions Band is to encourage kids to get into the habit of getting enough physical activity every day, and to make it something they enjoy, creating a routine that hopefully will stay with them as they grow up.”

Every pack of MILO can be scanned using the ANZ Champions app to reveal exclusive sporting skills.

More information can be found at champsquad.co.nz

MILO Champion Band can be bought from Harvey Norman nationwide for $39.99 (NZD RRP) each.