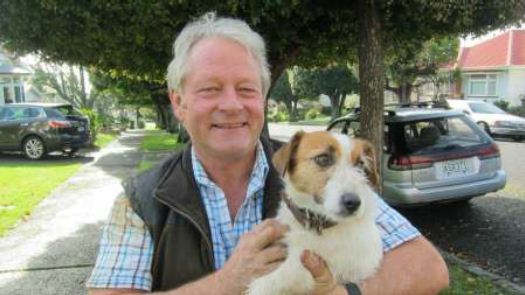 The show (launching on TV One tonight) follows the escapades of animal expert Mark Vette, as he rescues shelter dogs, rehabilitates them, turns them into dog stars and finds them loving forever homes. Purina has sponsored the show from the beginning, and has kicked off this donation drive to further support under-resourced shelters and charities across New Zealand.

For every bag of Purina dry dog food purchased during the 10 week series, Purina will donate a bag to an animal rescue shelter. The company is pledging up to $400,000 worth of product to go to eight shelters across New Zealand.*

Purchase any pack of Purina dry dog food that has a “Purina Pound Pups to Dog Stars” sticker attached, register your purchase online and nominate which charity or shelter you would like to give a free bag of Purina dry dog food to. A live donation tracker on the Purina website will show how much has been donated as the series progresses!

Mark Vette, star of Purina Pound Pups to Dog Stars, is a huge advocate for dog rescue shelters and charities.

“We came across some incredible people at animal rescue shelters and charities while filming the show, and I cannot give them enough credit for the work they do for abandoned and abused animals,” he said. “I’m thrilled that our longtime partner Purina is going the extra mile to support these guys by providing them with quality dog food.”

Jennifer Chappell, Head of Marketing of Purina NZ, says they are also encouraging Kiwis to consider adopting a rescue dog from one of the shelters.

“If there’s anything this TV series teaches us, it’s that rescue dogs can be wonderful pets and add so much richness to our lives. You won’t find a more loving and loyal pet than a rescue pup! If any New Zealanders are looking for a new pet, we hope they’ll consider adopting – and our shelter network would be a great place to start.”

Amanda Fraser-Jones from Chained Dog Awareness NZ (CDANZ), one of the recipient charities, says Purina’s donation drive is invaluable to the organisation.

“CDANZ is fighting to end the life-chaining of dogs in New Zealand. Our unpaid volunteers work in the community to educate and help owners of life-chained dogs, providing advice, vet help, shelter, bedding and food. Purina’s donation will mean we can spend more time helping these owners, and less time worrying about where we can get money for the next bag of food from. We couldn’t do it without this kind of support.”

*The recipient shelters are:

Purina Pound Pups to Dog Stars screens on Tuesdays, 8pm, TV One. The first episode is on July 28.