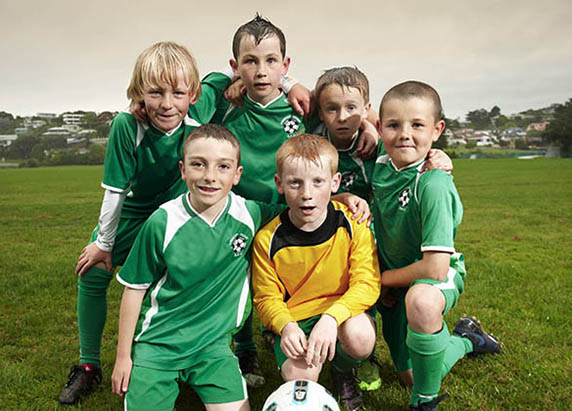 New Zealand Football is pleased to announce Milo as a new partner for the Small Whites campaign, helping to introduce young New Zealanders to football.

As part of supporting teamwork, the partnership will include a ‘Milo Most Committed Player of the Month’ program, providing team-level recognition for children in football teams across the country.

One committed young New Zealand footballer will have the opportunity to join children from around the world to train with FC Barcelona coaches in Barcelona later this year.

New Zealand Football Chief Executive, Andy Martin, said there was a lot of synergy between the two brands.

“We are delighted to welcome Milo on board as a commercial partner and have such an iconic brand involved in grassroots football,” Mr Martin said.

“Milo is committed to supporting active lifestyles, especially among children. At New Zealand Football, we want to get more Kiwis playing and loving football, so it is great to have a partner who is aligned to our vision.”

Nestlé New Zealand Chief Executive, Christian Abboud, said Milo is excited about supporting the Small Whites campaign and helping more than 100,000 Kiwi kids to get into sport, and enjoy their first taste of a team sport.

“Milo is all about helping kids get active, and we’re keen to encourage children to lead healthy active lives. Partnering with New Zealand’s leading participation team sport is a great way to do this,” Mr Abboud said.

Football is New Zealand’s most played team sport, with more than 150,000 Kiwis registered to play football in 2017.