Melodramatic, sentimental and ultimately disposable; the world may love a good soap opera but the programs rarely command much serious respect. 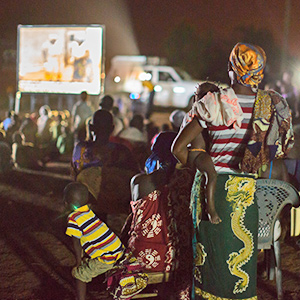 Soaps entertain and educate in villages

Yet soaps have been credited with helping to usher in major changes in societal attitudes – from increasing acceptance of things like interracial marriage to greater awareness of issues such as domestic violence. Soaps entertain, but they educate too.

Which is why, in villages across West Africa, a war is being waged on a devastating crop disease using only a truck, a video projector and a small white screen.

The enemy in this war is mycotoxins – poisons produced by fungus which is very difficult to remove if it gets into the food-chain. Eating foods that are contaminated by mycotoxins can cause health problems, and even sometimes be deadly.

Not surprisingly, affected crops can be worthless.

In 2007, in Ghana and Nigeria, Nestlé had to reject around half of the locally grown grains supplied to its factories because they contained high levels of mycotoxin.

The company then had to import grains to make up the shortfall. That meant prices went up and the local communities whose crops couldn’t be used faced significant financial loss.

Many farmers who grew poor quality maize were squeezed out of the market. And if they had to rely on their own grains for food, they were taking serious risks with their health. 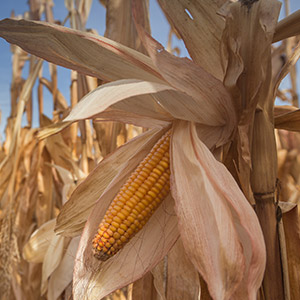 The problem came down to a lack of understanding about how to minimise the effect of mycotoxins. So, the obvious solution was some form of education campaign.

Together with partners in the governments of Ghana and Nigeria, and with the International Institute of Tropical Agriculture, Nestlé set up the Grains Quality Improvement Project to help improve farming practices.

The project focused on improving the quality and the safety of the grains produced. Farmers were encouraged to take classes. All the information was there, the teachers were good, but not enough farmers were persuaded to come and learn.

So, the teachers began visiting farmers in the fields and taking them to see well-run farms that produced good yields and good quality maize.

Then they showed them ruined crops. The contrast helped to highlight the benefits of good agricultural practices.

There still needed to be wider awareness of the problem, a way of educating everyone in the community. That’s where the soap opera came in.

In the evenings, a mobile cinema arrived in each village to show a drama that reinforced the messages the farmers had received during the day.

The soap opera told the story of two families, with local actors playing the roles. In the first family, a farmer does not listen to good advice given by his wife. His crop is ruined and the family falls ill.

In the second family, the farmer receives the training and listens to his wife’s advice. The family produces a good quality and healthy crop that can be sold at market.

As well as promoting the virtues of listening to your wife, the show helped the whole community understand what needed to be done to improve crops.

Eight years after the training program was launched, the results are impressive. The rejection rate for grains at the factory gate has plummeted from 50% to just 2%.

That means better incomes for farmers, reduced health risks for them and their families and a reliable, sustainable supply of locally produced grain for the factories.

The project has been so successful that Nestlé has announced a new partnership with the United States Agency for International Development (USAID) and ACDI/VOCA as part of Feed the Future project to further spread better agricultural practice in Ghana.

Again, the resulting high quality grains can then be sold to companies like Nestlé as well as providing safe food for the farmers themselves.

Around 50,000 Ghanaian farmers and their families have already learned about the dangers of mycotoxins and how to prevent them.

I can now pay my children’s school fees and afford to sew them school uniforms. And I even have some extra income Samata Alidu from northern Ghana

Samata Alidu from the northern Ghana village of Gushie says it has made a huge difference. “I can now pay my children’s school fees and afford to sew them school uniforms. And I even have some extra income."

She has doubled her maize production and cut out waste. "The impact on our community has been immense,” she says.

And the soap opera continues its journey through the countryside.

The small white screen is being set up in village after village, night after night, entertaining and educating; helping communities protect both their health and their livelihood.

Delivering on our no deforestation commitment
Read More 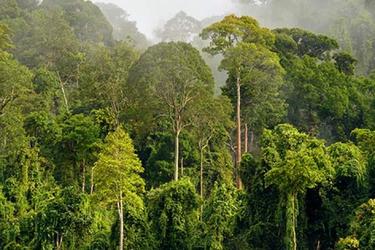 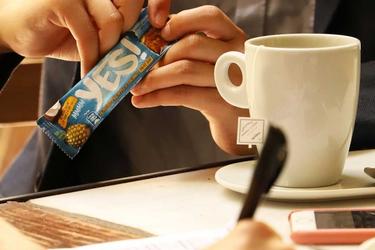 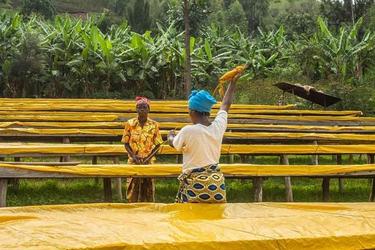